We came, we learned, we built, but mostly we had fun. This was my first Startup Weekend after finally having an open weekend at the same time and I’d hoped it was going to be as good as previous feedback had suggested. Thankfully it turned out to be even better.

Before I start rambling on about my first startup weekend it goes without saying that these events don’t organise themselves and all the organisers, mentors, speakers and sponsors deserve special mentions for putting together what was a great weekend. It’s no easy task and they’re giving up their time to create a great event and they did a splendid job indeed.

For the uninitiated the premise is simple, gather a bunch of people who are interested in starting businesses, solving the world’s problems or just building stuff together. Everyone who has an idea gets up and pitches their idea to the masses, votes on the best, splits into teams to work on those ideas over the weekend and pitches the final products on the Sunday

What’s not to like? Cloistering yourself away for a weekend with a bunch of other smart people in the confines of google HQ to see what can be achieved if you work on an idea over the space of a single weekend. As it turns out, you can achieve a hell of a lot!

I arrived Friday evening a little bit late as I was coming from the airport and there was a big crowd milling about feasting on the typical startup event sustenance of pizza and beer. If it’s your first Startup Weekend I’d advise you to arrive early and talk to as many people as you can about their idea or your idea that you’ll be pitching. If you’re pitching an idea it’s good to get some awareness out there already and you’ll start getting people interested in your idea. It’s also pretty difficult to remember so many pitches so any recognition you have at this stage is good.

So after some getting to know people and a few beers it’s time for an intro and some pitches. Pitches are short and you really need to be able to communicate your idea in as short a time as possible so go for the trusty “Here’s a problem and here’s how I’m going to solve it”. If your idea is interesting and the pitch resonates with people then hopefully you’ll get enough votes. The ideas ranged from a solution to clean up oceans to a interactive voting system for nightclub music.

I pitched a marketplace for getting jobs like cleaning and delivery done for people that didn’t have the time, one that I came up with the previous week while lamenting the need for ironing and having no clue where to find someone who might take away my need to complete this arduous task! And yes if that’s the most major of my problems in life then things aren’t too bad.

After pitches everyone votes on their favourites and as with meeting people at the start it’ll do you good to get out there and canvas for peoples votes. It’s difficult enough to be memorable amongst over 50 ideas so there’s no harm in being vocal about reminding people what it is you’re doing again.

After the best get chosen it’s all about creating the teams. Alas my job marketplace idea didn’t make the cut and I joined up with Conor Mulloy who was gathering a team aiming to be the surveymonkey of competitions. I’d talked with Conor prior to the pitches, we’d talked about some of the data aggregation that I had done previously and I’d said I would join his team if my idea didn’t go anywhere. So it’s definitely useful to talk to as many people as you can beforehand, you might find an interesting idea or person to work with.

Conor pulled together a great team with quite a few developers and business minds and off we set on the journey to revolutionise the world of competition creation, though not before a few pints were consumed prior to heading home on the Friday night. 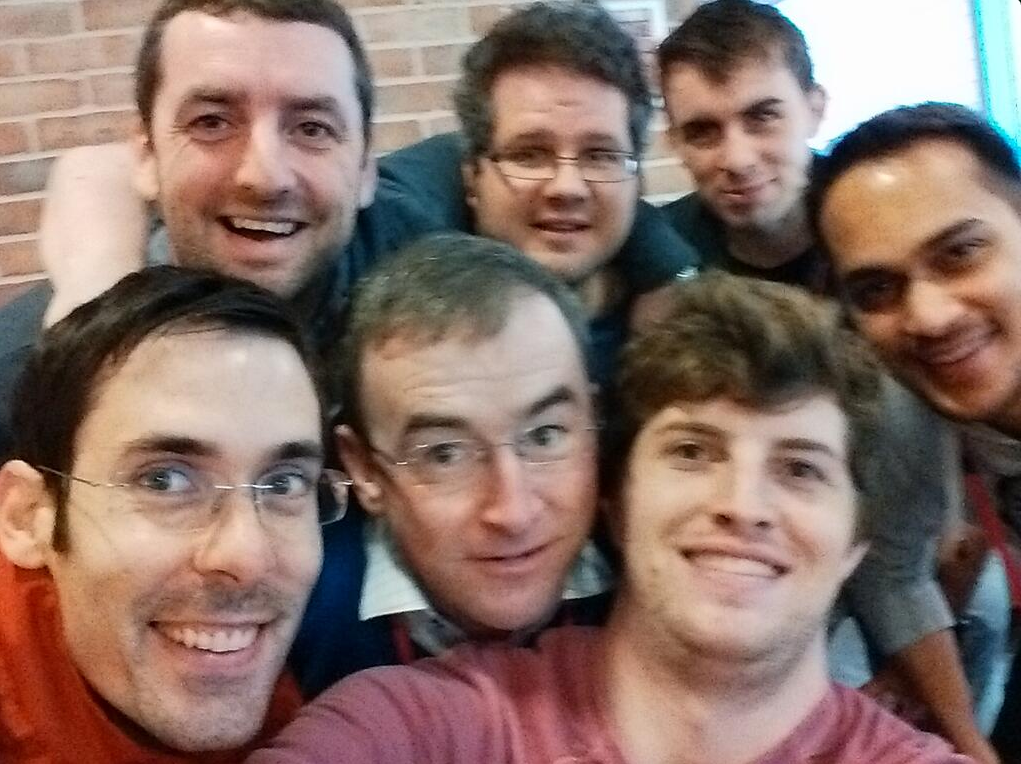