Do you think you must have technical knowledge about medical engineering to come to an event like Health Startup Weekend? Or that you have to be involved in the health or biomedical industry in some way? Good news. Everyone is welcome. You only need a tangible idea to solve a problem, and the drive to share it.

Take for example the story of Daniela Luzi Tudor, who led a team at Startup Weekend Kirkland in Nov. 2014. Daniela, the community development manager for General UI, lived in five countries in Europe before moving to the US west coast. She is passionate about music, technology, startups, art, and traveling. Another one of her ventures, SoundStrokes, brings music or sound into a visual medium: art from emotionally-relevant sounds.

Her pitch to Startup Weekend drew the attention of a team, and they chose the name EsperLINQ. They set out to design a mobile application and a biometrics & recovery-activities-tracking wearable to help the 25 million people in recovery. Her story could be similar to yours. She had a good idea for a long time, as she puts it, “in the back of my mind,” but between work and other ventures, hadn’t had the extra time to pursue it, or a team to work with her on it.

Daniela says, “I didn’t arrive with technical background on developing apps or engineering sensors, but I knew I had an important problem to solve and I have launched other startups.” She presented her case during the one-minute pitch session at the Google HQ in Kirkland, and attracted a team of 9 others to help with the project: 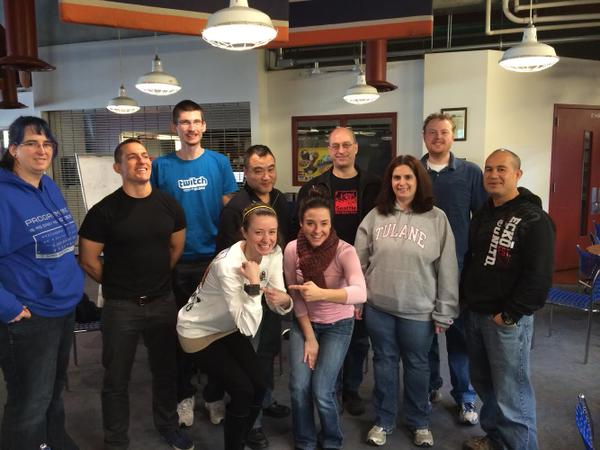 They spent all of  Saturday and Sunday morning designing the app, the wearable, and even the branding and landing page (now under re-construction). The pressure was on: other teams were building inventions to control drones with hand gestures, drones to collect water samples, new nurse call buttons to save lives and make assisted care centers more efficient, bluetooth car backup camera, and affordable anti-theft car-tracking devices.

How did things turn out? “We won 3rd Place! Now, we are starting 2015 off to create the real world product and app!” She is in talks with venture capital firms, angel investors, planning for crowdfunding options, and continuing with project development for a new release & rebranding later this year.

But the story doesn’t end there. Within a few days of being a finalist at Startup Weekend, Daniela was flying to Necker Island to spend some time with none other than Sir Richard Branson:

While the back-to-back wins weren’t directly connected, it’s interesting that good things happen when you pursue your dream with all you’ve got. This life isn’t a dress rehearsal. One of the exciting things about Startup Weekend is a focus on Purpose. Technologies can improve or even save lives, instead of just being another trivial mobile app for a rarified technological elite. Daniela tells us that the EsperLINQ concept would not be where it is if not for taking the plunge that weekend. An event like Bothell Startup Weekend can help you take an idea from something you share with your friends or family over dinner, to something which can become an actual company. Take this opportunity to move your idea from the "sketch on a napkin" to reality. We’d love to help you achieve your dream.

Interview with Neil Bergquist, Point B